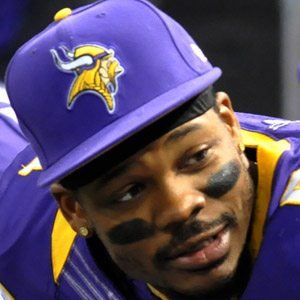 NFL wide receiver most famous for his time with the Cincinnati Bengals from 2008-2011. He is best known to NFL fans for his hyper-athletic front-flip into the endzone over Daryl Washington of the Arizona Cardinals in 2011.

He led the Reidsville High School basketball team to a state title, the school's first since 1995.

He was a star at Coastal Carolina University, winning the Big South Freshman of the Year award 2008.

His parents are Larry and Donna Simpson.

He played under head coach Marvin Lewis as a player for the Cincinnati Bengals.

Jerome Simpson Is A Member Of