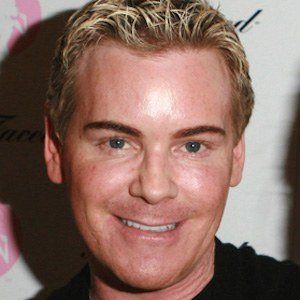 Cosmetics mogul best known as the co-founder and creative director of Too Faced Cosmetics. He and his husband launched the brand after he spent years testing his DIY beauty creations. The brand has since launched a Too Faced Cosmetics beauty YouTube channel that has earned a following of more than 280,000 subscribers.

He began his career working behind the makeup counter in a department store. It was there he found his love of beauty and began experimenting with mixing makeup.

His brand was named after his clients whom he called "Too Faced" because they wold turn from sweet to sour if he was out of their favorite product. He invented the first glitter eye shadow.

His husband Jeremy Johnson is his fellow co-founder and CEO of Too Faced Cosmetics.

Jerrod Blandino Is A Member Of