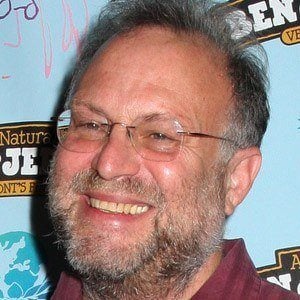 Co-founder of the Ice Cream company Ben & Jerry's with his friend Ben Cohen.

He attended Oberlin College and worked as a lab technician.

He set up their first Ice Cream Parlor in 1977 in Vermont.

He married Elizabeth Skarie in 1987. They had a son named Tyrone.

He named an ice cream after Jerry Garcia of the Grateful Dead called Cherry Garcia.

Jerry Greenfield Is A Member Of