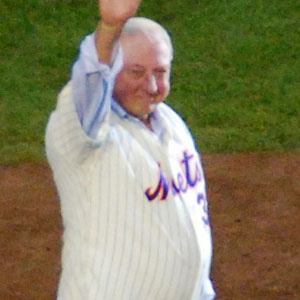 MLB pitcher who teamed with Tom Seaver to help the New York Mets win the World Series in 1969.

He was discovered when he was pitching while serving in the US Army.

He won Game 5 of the 1969 World Series to deliver an improbable championship for the Mets.

He raised three children, Danielle, Shawn and Michael, with his former wife LaVonne.

He pitched for the New York Mets for several years alongside relief pitcher Tug McGraw.

Jerry Koosman Is A Member Of