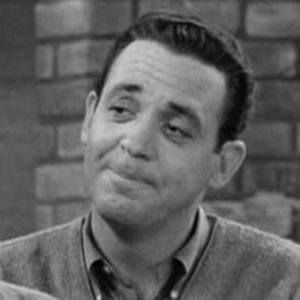 Jerry Helper, the Petries' next-door neighbor on the Dick Van Dyke show who also directed many of the episodes of the series, Happy Days.

He studied at New York University and UCLA, and trained at the Actors Studio after a sting in the Navy during World War II.

Beginning on Broadway in bit roles, he moved to television, starting with uncredited parts and moving to buddy roles that he exemplified on the Dick Van Dyke show.

He had three children with wife, Ruth Benjamin.

He and Celeste Holm appeared together on a Broadway production of Anna Christie, one of his only two Broadway drama roles.

Jerry Paris Is A Member Of