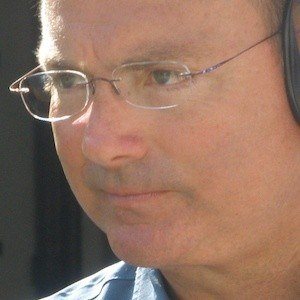 Sports broadcaster best known for his coverage of college football and auto racing on ESPN. He is also a licensed emergency medicine physician, having earned his M.D. from the Wake Forest University School of Medicine.

He played football at North Carolina State University, where he was a backup quarterback.

He put his medical knowledge to good use during a Nashville Superspeedway luncheon where Jenny Gill fainted and had to be revived.

He was married to Rebecca Apperson until 1993. He later married Joni Fields.

He played himself in the hit 1990 racing film "Days of Thunder," starring Tom Cruise.

Jerry Punch Is A Member Of