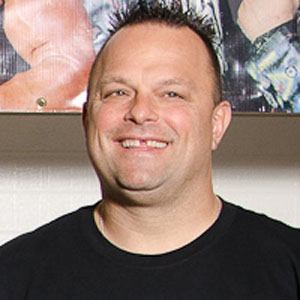 Professional wrestler most famous as a member of the tag team duo The Nasty Boys with Brian Knobbs. Together, they won five tag team championships from 1988 to 1990 while wrestling in Championship Wrestling from Florida.

He began his career in the wrestling business as a referee in the American Wrestling Association in 1985.

He made an appearance on an episode of the eating series "Man V. Food Nation" and won his challenge.

He was managed by Jimmy Hart during his time in in the World Wrestling Federations.

Jerry Sags Is A Member Of