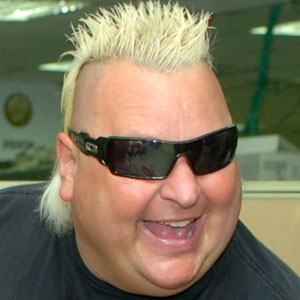 Professional wrestler best known as a member of the Nasty Boys tag team along with Jerry Sags. He is also known for his association with the Hogan family, appearing on reality shows like "Hogan Knows Best" and "Brooke Knows Best."

He began wrestling under the ring name Terrorist in the American Wrestling Association.

He and Jerry Sags have won tag team titles in numerous promotions, including WCW, WWF and NWA Florida.

He was born Brian Yandrisovitz. He married a woman named Toni in January 1994.

He was managed by Jimmy Hart during his time with the World Wrestling Federation.

Brian Knobbs Is A Member Of