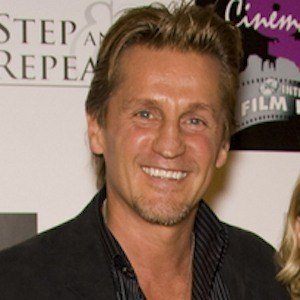 World Champion martial artist who has acted and performed stunts in many television shows.

He has said old Bruce Lee movies inspired him to learn Taekwon-Do and fight competitively.

One of his first on-screen roles was in the 1989 action-comedy film, The Master.

He got married to actress, Ami Dolenz.

He had a memorable on-screen fight with Tom Cruise in the film, Mission: Impossible 3.

Jerry Trimble Is A Member Of