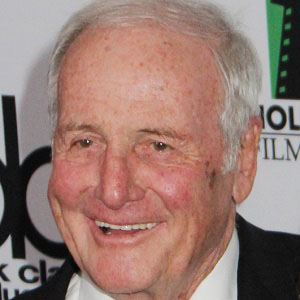 Three-time Emmy winner as producer of television movies such as HBO's Behind the Candelabra and Years of Living Dangerously who also worked as a talent agent and actor. Notable film producing credits of his include 1975's Nashville, 1984's The Karate Kid, and the rebooted Ocean's Eleven trilogy.

He was a mailroom clerk at MCA before leaving to form his own personal management company. He was the co-founder of The Doodletown Pipers.

He was executive producing HBO's new comedy series The Brink when he passed away.

He was married to Jane Morgan from 1965 until they separated in the 1980s, however they never divorced. He has three adopted daughters and a son from a previous marriage.

He was a talent manager for John Denver before Denver became successful.

Jerry Weintraub Is A Member Of