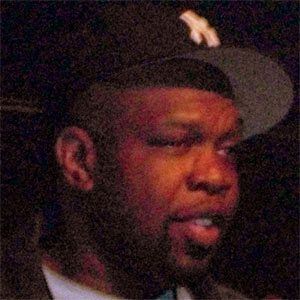 New York rapper most famous for his influential debut album "The Sun Rises in the East". He has also worked with electronic music producers like Kabuki, with whom he appeared on the song "Watch Your Step".

He first broke into the public consciousness with his rapping on the 1992 Gang Starr track "I'm the Man,".

Wesbite About.com ranked his 1994 album "The Sun Rises in the East" as one of the 100 Greatest Hip-Hop Albums of All Time.

He was born Kendrick Jeru Davis and was raised in Brooklyn, New York.

Jeru The Damaja Is A Member Of