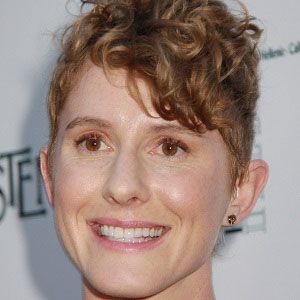 Her film Napoleon Dynamite started out as the short film Peluca, which featured much of the same cast that ended up starring in the feature-length film.

She and Hess had a son named Eliott and a daughter named Greta.

Jerusha Hess Is A Member Of