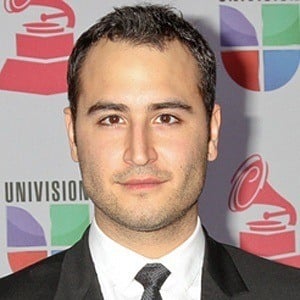 Musician best known as the founder and lead singer in the Mexican band Reik. The band rose to fame with their singles "Yo Quisiera," "Peligro" and "Ya Me Enteré." In 2009 they won a Latin Grammy Award for their album Un Día Más.

They participated in the Viña del Mar International Song Festival in 2015 and won the Silver and Golden Seagull.

He grew up with an older brother and a sister named Gabriela.

He plays alongside bandmates Gilberto Marín Espinoza and Julio Ramírez Eguía in Reik.

Jesús Navarro Is A Member Of