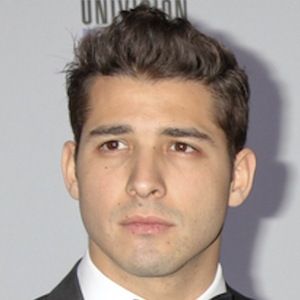 Mexican guitarist who is best known as a member of the band Reik. His band has released albums like Secuencia and Peligro.

His band released their debut album, entitled Reik, in 2005.

He posted a photo of his younger self with his brother to his Instagram account in May 2016.

He has been a guitarist from Mexico, much like Carlos Santana.

Julio Ramírez Eguía Is A Member Of