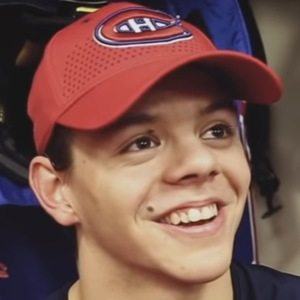 Third overall pick of the Montreal Canadiens in the 2018 NHL Entry Draft who helped his home country of Finland win Gold at the IIHF U18 World Championship.

He made his debut in Liiga with Assat in 2017. He scored in first professional game.

He stood at 6 ft 2 in upon being drafted by the Canadiens.

He was born in Pori, Finland.

He hoped to join Guy Lafleur as a Montreal Canadien legend.

Jesperi Kotkaniemi Is A Member Of