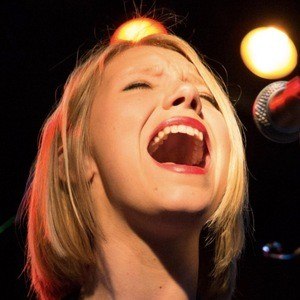 Singer and songwriter who rocketed to fame competing on the seventh season of the X Factor Australia. She also released her debut EP Fools March in 2012 and the popular single "Become" in 2014.

She began taking singing lessons at the age of twelve and by thirteen she'd been gifted her first guitar. By the age of eighteen she was playing in local pubs and clubs.

She has become incredibly popular on social media, earning more than 30,000 followers on her shared Instagram account with Matt Price.

She competed alongside her boyfriend Matt Price on the X Factor Australia.

She competed against fellow singer Cyrus Villanueva on the seventh season of The X Factor.

Jess Dunbar Is A Member Of