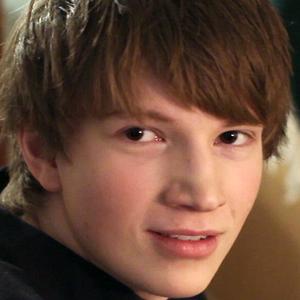 Child actor best known for his role as Antonello on the hit series The Borgias. He also appeared in the television movie The Good Witch and was featured in an episode of Murdoch Mysteries in which he was nominated for a Hollywood Young Artist Award.

He began his professional acting career in 2007, appearing early on in the feature film Mr. Magorium's Wonder Emporium.

He was cast as a supporting lead in the Netflix mini-series Between and in the Disney film The Swap.

He was born to Joe and Stephanie Bostick. He has one brother, Devon.

His brother is Devon Bostick, a fellow actor best known for his role in Diary of a Wimpy Kid.

Jesse Bostick Is A Member Of