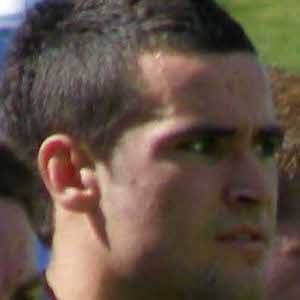 He played junior rugby league for the Manurewa Marlins. He was an Auckland Sea lions NJC under 18s grand finalist in 2007.

His younger brother Kenneath Bromwich also played on the Melbourne Storm in 2017.

He and Richie McCaw are both rugby players from New Zealand.

Jesse Bromwich Is A Member Of