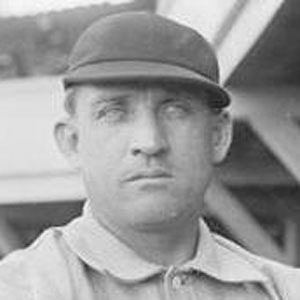 Hall of Fame left fielder nicknamed The Crab; won three National League batting titles in a career that spanned from 1890 with the New York Giants to 1905 with the Boston Americans.

He started his baseball career as a pitcher, playing professionally in the New England League in 1888.

He set the MLB record for most inside-the-park home runs, with fifty-five - a record that will most definitely never be broken.

He had three children with his wife Ellen McGrath.

He and Joe McGinnity were both inducted into the Baseball Hall of Fame in 1946.

Jesse Burkett Is A Member Of