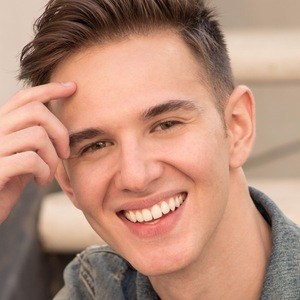 Actor who is widely known for his role as Troy Bandercoot on the Nickelodeon web-series Chase Champion. He portrayed the character over 6-episodes in 2015.

He studied acting at both the American Academy of Dramatic Arts and Lee Strasberg Institute of Theater and Film.

He guest-starred in two The Tonight Show sketches in 2013. In 2016, he appeared in the thriller film Submerged.

He was born and raised in Rockville, Maryland.

He appeared alongside Jonathan Bennett in the 2016 film Submerged.

Jesse Cheever Is A Member Of