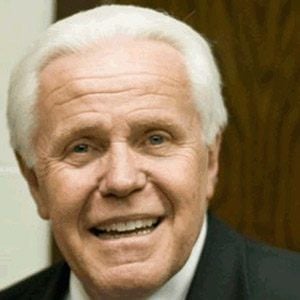 Evangelical charismatic Christian minister based out of New Orleans who is the founder of Jesse Duplantis Ministries.

He performed under the name "Jerry Jaxon" in a band named Summer Wine when he was younger.

His group, the Covenant Compassion Center, helped those who had been displaced by Hurricane Katrina in 2005.

He founded Covenant Church with his wife Cathy Duplantis in 1997.

He became interested in Christianity after hearing Billy Graham speak about salvation and Christ.

Jesse Duplantis Is A Member Of