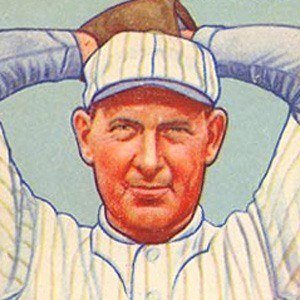 MLB player who was known as Old Reliable and Pop; pitched until he was 43 years old.

He was on the roster for the Detroit Tigers in both 1915 and 1916, but never actually played in a game.

He developed a knuckleball that helped preserve his pitching career.

He would not allow his wife and daughter to watch him pitch on Sundays.

He pitched for the St. Louis Cardinals, along with fellow Hall of Fame right-hander Dizzy Dean in the 1930s.

Jesse Haines Is A Member Of