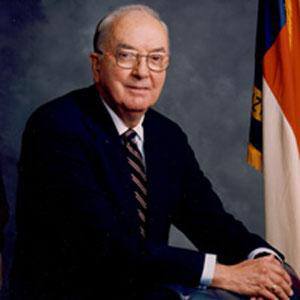 Five-term Republican United States Senator from North Carolina who helped organize and fund the conservative resurgence in the 1970s. He served as the Chairman of the Senate Committee on Agriculture, Nutrition and Forestry from 1981 to 1987.

After college, his first job was as a sports reporter with The Raleigh Times.

He tried in the senate, with a 16-day filibuster, to stop the approval of a federal holiday to honor Martin Luther King Jr..

He married an editor for The News & Observer, Dorothy Coble, in 1942.

Joe Biden took his place in the Senate Committee on Foreign Relations.

Jesse Helms Is A Member Of