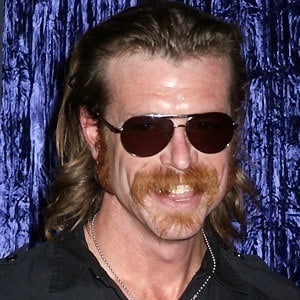 Frontman, singer, and guitarist for the rock band The Eagles of Death Metal.

He earned a degree in journalism at Greenville Technical College; he also managed a video depot in Palm Desert.

He considered himself socially liberal but conservative politically.

He was moved from South Carolina to Palm Desert, California, when he was a young child. His father was a musician.

He was childhood friends with and a frequent collaborator with Josh Homme.

Jesse Hughes Is A Member Of