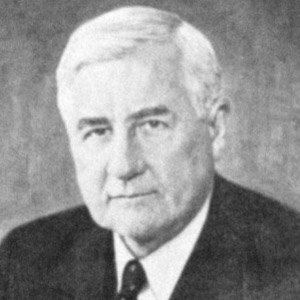 Texas entrepreneur who made a fortune in real estate in Houston and then became head of the Reconstruction Finance Commission.

He managed his father's factories from an early age. By 19 he moved to manage his uncle's lumberyards and from there went to Houston where he helped in the building of its landmark structures.

His commission was central to the Democrat Party's New Deal of the 1930s, and as its chairman, Jones was politically the most powerful man in the land.

He was born in Robertson County, Tennessee, his father William Hasque Jones a tobacco farmer.

He served as Franklin D. Roosevelt's Secretary of Commerce, the same post he had turned down more than two decades before.

Jesse H. Jones Is A Member Of