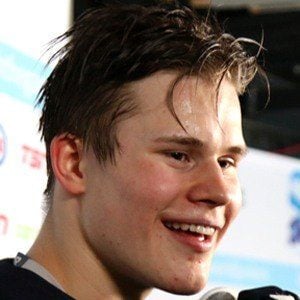 Finnish right wing who was drafted #4 overall in the 2016 NHL Entry Draft by the Edmonton Oilers. He debuted for the team during the 2016-2017 season on opening night when he also scored his first career NHL goal.

He made his major Finnish youth debut in 2013 with Karpat Jr. In the months leading up to the 2016 NHL draft, he was ranked as the #3 skater available.

He helped lead Finland to the gold medal at the 2016 World Junior Championships. He was named the best forward and most valuable player of the competition.

He was born in Sweden to Finnish parents, where he grew up until age 4.

He tied Wayne Gretzky and Eric Lindros for the then-all time second-most points for an under 18 player during the 2016 World Junior Championships. He finished with 17 total points.

Jesse Puljujarvi Is A Member Of