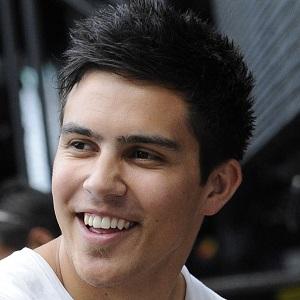 X Factor contestant who, in 2013, was selected as a finalist in the music development program Telstra Road to Discovery, taking home the prestigious People's Choice Award.

From a young age, he played in numerous local bands and performed at some of Tasmania's most iconic music festivals.

He released a popular single called "The Lonely Captain."

He was born in Burnie, Tasmania.

Winning the People's Choice Award allowed him the opportunity to support Bon Jovi on his Australian tour.

Jesse Teinaki Is A Member Of