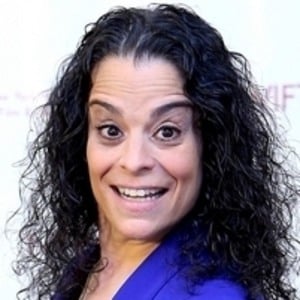 Stand-up comedian who has been featured on television shows like Premium Blend, Fresh Faces, Awesomely Bad and Last Comic Standing. She is the creator of the YouTube series The Jessy K Show as well as The Jessica Kirson Podcast.

She has received the Nightlife Award for Best Stand-up Comedian in New York City.

She made her film acting debut in 2014's School Dance, written and directed by Nick Cannon.

Jessica Kirson Is A Member Of