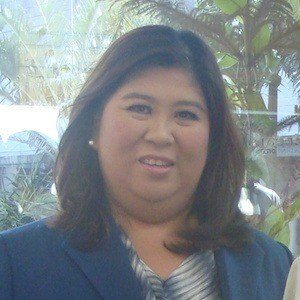 She received the George Foster Peabody Award for the Kidneys for Sale and Kamao in 1998 with her I-Witness team .

Her parents are Abelardo Soho and Maura Aspiras.

She and Maine Mendoza are both TV show hosts from the Philippines.

Jessica Soho Is A Member Of