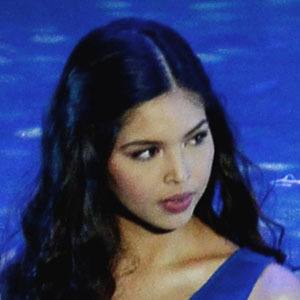 Filipina television personality, host and comedian who co-hosts the long-running variety show Eat Bulaga! She gained fame and earned the title of Queen of Dubsmash after her Dubsmash compilation where she impersonates Kris Aquino went viral.

She graduated from De La Salle-College of St. Benilde with a Bachelor's degree in Culinary Arts. She was a cook at The Sagamore Resort.

She was cast in the role of Yaya Dub on Eat Bulaga!'s Juan For All, All For Juan segment and in another sketch segment called KalyeSerye.

She has four siblings, Coleen, Nicolette, Dean, and Nicolas. She has been dating actor Arjo Atayde.

She and Alden Richards worked together on KalyeSerye before being cast together in the 2015 Film Romcom-in Mo Ako.

Maine Mendoza Is A Member Of