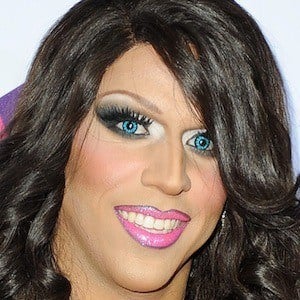 Drag queen and reality star renowned for being voted to appear on the second season of RuPaul's Drag Race. He has also appeared on the Puerto Rican series Objetivo Fama and No te Duermas. In 2011, he released his debut single "You Like It Wild" to iTunes.

He began dancing professionally in 1997 and followed two years later by starting his drag career.

He appeared in a music video for the reggaeton band Calle 13 and has performed with the band Rebeldía and Gloria Trevi.

He was raised in Caguas, Puerto Rico and later lived in Boston for many years. He eventually settled in Inglewood, California. He is the youngest of 3 children.

He was one of 29 other drag queens to perform alongside Miley Cyrus at the 2015 MTV Video Music Awards.

Jessica Wild Is A Member Of