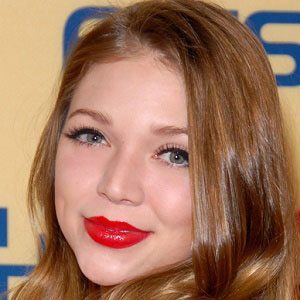 Adult film actress, model and DJ who broke into the adult industry in 2010 and has since won numerous industry awards, including an AVN Award for Best Actress and an XBIZ Award for New Starlet of the Year. As a DJ, she has released remixes of tracks like Disclosure and Sam Smith's "Latch."

She was born in Miami, Florida and worked at an American Apparel before becoming an adult performer.

She launched her own line of golden jewelry, Bagatiba, in 2012.

Her birth name is Julie Helmcamp. She is of Irish, Chinese and Latvian descent.

She was featured in the music videos for "Flex" and "Decisions" by Israeli DJ Borgore.

Jessie Andrews Is A Member Of