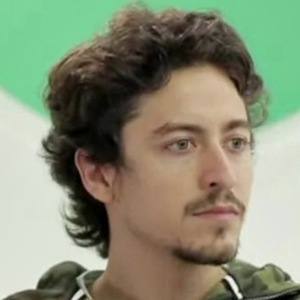 Brazilian actor who is known for his performances in a range of feature films and television series. He is most recognized for his roles as the title character of the 2016 film Jonas as well as Ayrton in the film Futuro Beach.

His acting career began with several stage productions. In 2008, he was cast in the production of Cabare da Dama. He then went on to film several short films and in 2013 he made his debut in the feature film Cine Holliudy.

He has won several awards for his acting including at the 2016 Melhores do Ano awards where he won Best Actor for his role in the series Justica. He also won the Grande Premio do Cinema Brasileiro award for Best Supporting Actor in 2015 for his role in Praia do Futuro.

He was born and raised in Salgueiro, Pernambuco, Brazil.

He starred alongside Wagner Moura and Selton Mello in the 2014 film Trash.

Jesuíta Barbosa Is A Member Of