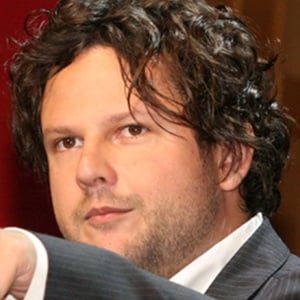 Brazilian actor and film director who's best known for co-directing, writing, and starring in the 2011 film The Clown which earned him a nomination for the Grande Prêmio do Cinema Brasileiro for Best Actor.

His first acting role was in the telenovela Sinhá Moça in 1986.

He played Marco Ruffo in the 2018 TV series The Mechanism.

His parents are Dalton and Selva Mello. His brother Danton Mello is also an actor.

He appeared as Frederico in the 2014 film Trash alongside Martin Sheen and Rooney Mara.

Selton Mello Is A Member Of