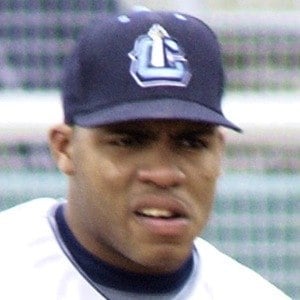 First baseman who played for the Cleveland Indians from 2014 to 2016 and then joined the Milwaukee Brewers in 2017. He has over 80,000 followers on her jaguilarmke Instagram account.

He signed with the Cleveland Indians as a free agent in November 2007.

He played with the Columbus Clippers of the Class AAA International League in 2014.

His parents are Jesus and Maria Aguilar.

He and Cecil Cooper both played first baseman for the Milwaukee Brewers.

Jesús Aguilar Is A Member Of