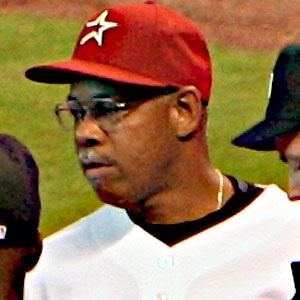 He learned how to play baseball by watching his four older brothers growing up.

He set the record for most hits in one season for the Milwaukee Brewers, tallying 219 in 1980.

He had a daughter, Tori with his wife Octavia. He also had two other daughters, Kelly and Brittany, in a previous marriage.

He hit .352 in 1980 and finished second in the batting average to Hall of Fame third baseman George Brett.

Cecil Cooper Is A Member Of