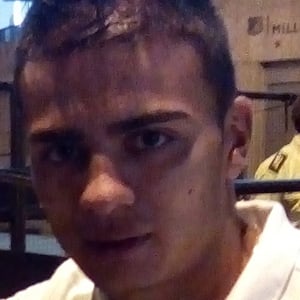 Soccer who joined Millonarios Fútbol Club as a midfielder in 2017 and went on to win the Torneo Finalización and Superliga de Colombia titles with the club. He previously competed for the Colombian clubs La Equidad and Fortaleza CEIF.

He received his early education at Agustiniano del Salitre and Cambridge Lyceum.

He has earned the nickname "El Ingeniero Duque."

He posted an Instagram photo with his mother in November 2017.

He and Fredy Montero have both played for Millonarios.

Jhon Duque Is A Member Of