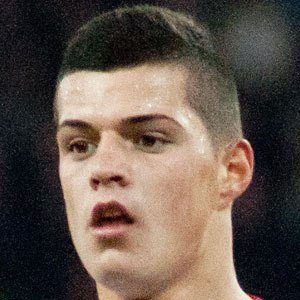 Midfielder who made his professional debut with Basel in 2010. He played with Borussia Mönchengladbach from 2012-2016, then joined Arsenal. He joined the Swiss national team in 2011.

His youth career began in 2000 with Concordia Basel.

Teammates nicknamed him "Young Einstein" for his intellect and love of science.

Granit Xhaka Is A Member Of