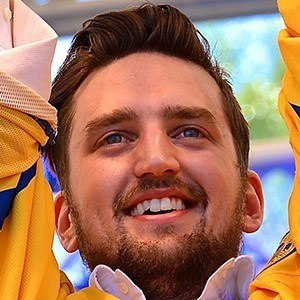 NHL goaltender from Sweden who made his debut with the Buffalo Sabres in 2009. He won the gold medal representing Sweden at the 2013 World Championships and the silver medal at the 2014 Winter Olympics.

He was born in Stockholm and was drafted 46th overall by the Sabres in the 2006 NHL Entry Draft.

His brothers, Tommy and Mattias, are also hockey players.

He became the starting goaltender for Buffalo following the departure of Ryan Miller to St. Louis.

Jhonas Enroth Is A Member Of