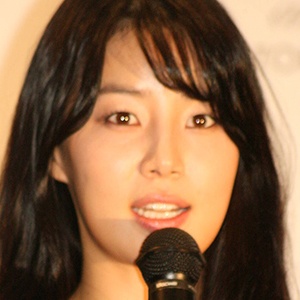 She started off working as a model and in small acting roles for shows like Summer Scent in 2003.

She sang the Korean and Chinese versions of Olympic theme song "Friends" in 2008 with Leon Jay Williams.

She and Cha Seung-won both starred in Blades of Blood.

Ji-hye Han Is A Member Of