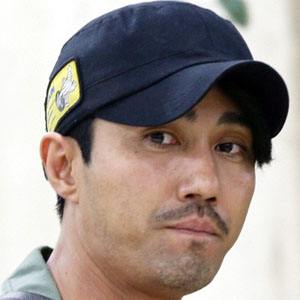 Best known for his roles in such South Korean comedy movies as Jail Breakers and Kick the Moon, he also appeared in the 2005 thriller Blood Rain and in several television series, including The Greatest Love, City Hall, and Bodyguard.

After briefly attending Sungkyunkwan University, he found success as a fashion model. He made his big screen debut in the 1997 film Holiday In Seoul.

He made his professional stage debut in 2012, appearing with Japanese performers Ryoko Hirosue and Tsuyoshi Kusanagi in a play titled Bring Me My Chariot Fire.

He was born in Anyang, Gyeonggi Province, South Korea. In 1992 he married Lee Soo-jin; and adopted her son, Cha No-ah, who was three years old at the time. They welcomed a daughter, Cha Ye-ni, in 2003.

He costarred with Ryu Deok-hwan in a 2007 drama film titled My Son.

Cha Seung-won Is A Member Of