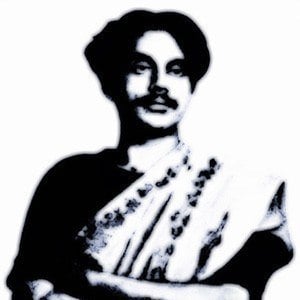 Bengali poet, author, political revolutionary, and musician who was awarded the title of National Poet of Bangladesh. His most famous poem, "Bidrohi," was published in 1922.

He was born into a Muslim family and worked for a time at his town's mosque.

He was frequently sent to British prisons as punishment for his revolutionary activities during the Indian Independence Movement.

He and Al Mahmud were both twentieth-century Bengali poets.

Kazi Nazrul Islam Is A Member Of