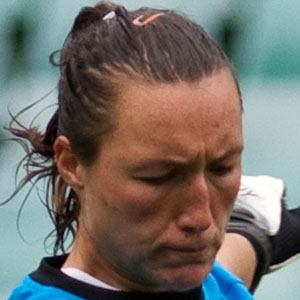 Goalkeeper who made her senior career debut in 2007 for Jersey Sky Blue, and made her international debut for the U.S. in 2010.

She played college soccer for Villanova, where she was a first-team All-American her junior year.

In 2011 she made the U.S. team for the World Cup tournament.

She was born in Vineland, New Jersey, near where she began her professional career.

She was a backup to Hope Solo for St. Louis Athletica, as well as for the U.S. team.

Jillian Loyden Is A Member Of