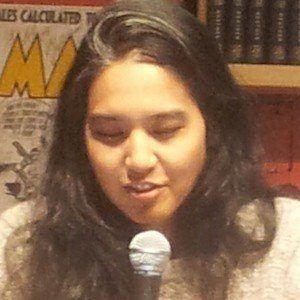 Illustrator who is famous for both her comic work and drawing style. She has had her original cartoons featured in The New Yorker and The New York Times, and created original artwork for the graphic novels Skim and This One Summer.

She earned her bachelor's degree from the Alberta College of Art and Design in 2003. She subsequently taught illustration at the New York City School of Visual Arts.

She landed on The New York Times' list for best illustrated children's book for her work on Skim in 2008. She has earned massive popularity for showcasing her original comic work on her eponymous Instagram account with more than 80,000 followers.

Her cousin Mariko Tamaki was the author of the graphic novels Skim and This One Summer.

Her recognition for a Governor General's Literary Award was lobbied for by prominent cartoonist Lynda Barry in 2016.

Jillian Tamaki Is A Member Of