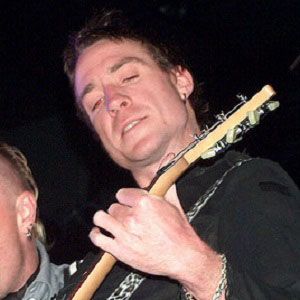 English musician most famous for being the former guitarist of the influential electronic music group The Prodigy, known for global hits like "Firestarter." He was also a member of the band Pitchshifter and released his first solo album Victory Pill in 2007.

He was born in London and joined Prodigy, fresh off the success of the album Music for the Jilted Generation, in 1995.

His guitar riff for The Prodigy's "Firestarter" was voted as one of the Top 10 Guitar Riffs of All Time by Total Guitar magazine in 2010.

He has worked with frontman Keith Flint in The Prodigy as well as the singer's solo project, called Flint.

Jim Davies Is A Member Of