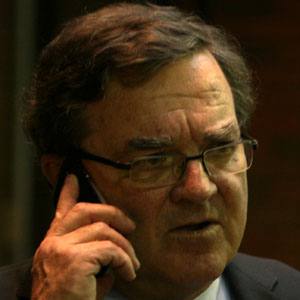 Canadian Progressive Conservative who took office as the 37th Minister of Finance in February 2006. He represented Whitby-Oshawa in Canadian Parliament.

He earned a J.D. from Osgoode Hall Law School and practiced law before entering politics.

He was a member of the Canadian Parliament and the Ontario Legislative Assembly.

He had three children with his longtime wife Christine Elliott.

He followed in the steps of Stephen Harper to become one of the leading figures in the Conservative Party of Canada.

Jim Flaherty Is A Member Of