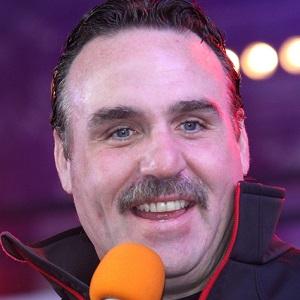 Football coach who became the head coach of the San Francisco 49ers in 2015. He was hired after spending eight years as the team's defensive line coach.

He was a defensive lineman at Catawba College before becoming the team's strength and conditioning coach in 1989.

Before being hired as the head coach of the 49ers, his only head coaching experience was with the Rhein Fire in NFL Europe, where he spent one season.

He has children named Britney, Brooke and James.

Jim Tomsula Is A Member Of