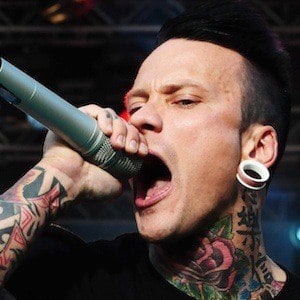 Vocalist most famous for being a founding member of the Swedish metalcore band Dead by April, who have released critically and commercially-successful albums like Incomparable (2011). He is also known for his work with such bands as Nightrage, Cipher System and Dragonland.

He grew up in Gothenburg, Sweden and was originally a member of the band Death Destruction.

His band Dead by April became an immediate sensation when their first single, "Losing You," went number one in Sweden.

He was bandmates with guitarist Gus G. in Nightrage.

Jimmie Strimell Is A Member Of