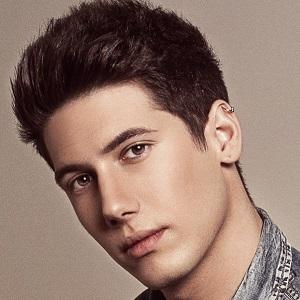 Member of the three-piece boyband Boys and Noise who signed with Panik Records in September of 2013.

He began playing the piano when he was 5 years old who went on to study at the Music University of Athens.

He met his Boys and Noise bandmates Aris and Vangelis in April of 2013 through the group Playmen.

He and Boys and Noise are also fans of artists like Bruno Mars, Rizzle Kicks, and more.

Jimmy Gian Is A Member Of