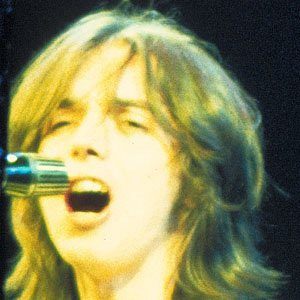 He started playing guitar at the age of eleven under the tutelage of the Shadows' Hank Marvin.

His family moved from Glasgow to London to help their son get into the music business.

Pete Townshend was his mentor.

Jimmy McCulloch Is A Member Of